by Cheryl Knott on September 6, 2018 with 0 comments Use Case 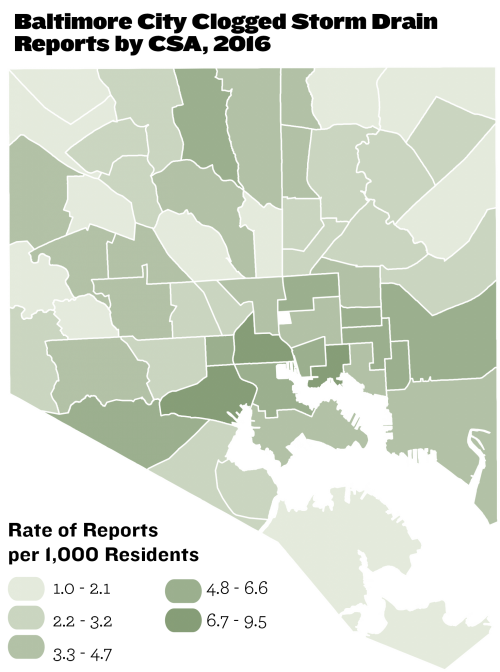 Jessie works with individuals and community organizations in Baltimore City to help install green storm-water infrastructure. Recently she partnered with a group of non-profits in an ongoing project to improve communities in East Baltimore. After doing some targeted outreach into two specific neighborhoods, the team discovered that although each neighborhood was different in terms of demographics and population density, they both had a common problem: Trash.

Jessie and her colleagues are currently in the process of figuring out how they can best address the trash problem in a “meaningful way,” but in order to do that effectively they had to first answer an important interrelated question:

What sorts of “metrics [can we use] to determine the success of a program or policy we put forth” to address the problem trash?

Data can help to answer this question by providing those metrics. For example, Jessie consulted BNIA’s Vital Signs data on “Sustainability” via
the BNIA website. She specifically looked at “Indicators” for the “Rate of Clogged Storm Drain Reports per 1,000 Residents” and the “Rate of Dirty Streets and Alley Reports per 1,000 Residents.” She believes that these kinds of metrics will be highly useful in understanding the impacts “before and after some sort of program is implemented.”

The trash cleanup process in the two east Baltimore neighborhoods is still in progress. 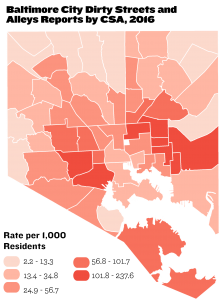 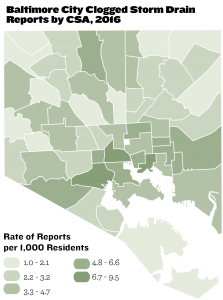