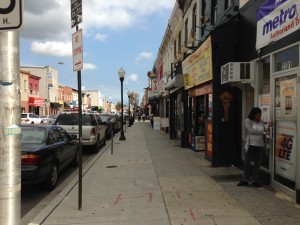 In 2013, the Baltimore City Mayor’s Office on Criminal Justice, in partnership with the U.S. Justice Department announced that the East Baltimore neighborhood of McElderry Park announced a planning process through the Byrne Criminal Justice Innovation Grant (BCJI) to develop a data-driven plan for community-based solutions to persistent crime in the neighborhood. The McElderry Park Revitalization Coalition (MPRC) served as the community-based steering committee for the process which comprised of community members, law enforcement, faith-based institutions, businesses, and non-profit organizations within the community of McElderry Park and surrounding neighborhoods.

Faculty from the University of Baltimore’s School of Criminal Justice (SCJ) conducted focus groups to garner residential perceptions about the drivers of crime in the neighborhood. The top five themes that emerged were:

All community strategies were cross were cross-referenced with evidence-based programs and practices for effective crime reduction developed by researchers at SCJ.

The creation and maintenance of a dynamic map of all of McElderry Park’s community data and assets allows residents, organizations, and other stakeholders to stay engaged and informed about people, places, programs, and events in the community. 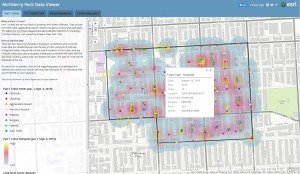 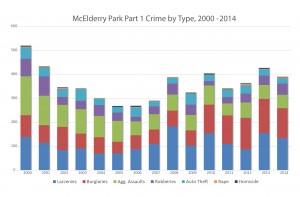 In order to identify crime hotspots in McElderry Park, the locations of Part 1 crime (violent and property) were mapped based on data obtained from the Baltimore City Police Department. Violent crimes (homicide, rape, aggravated assault, and robbery) were separated from property crimes (burglary, larceny, and auto theft) to ensure that similar types of Part 1 crimes were analyzed.

The analysis revealed 18 hotspots where at least 4 incidents of crime had occurred at the same property address or at an adjacent property (neighboring or directly across the street) for each year over the 12-year period. The overarching finding shows that hotspots in the neighborhood are “traveling” from the western side (Patterson Park Ave) to the eastern side (Kenwood & Streeper Streets). 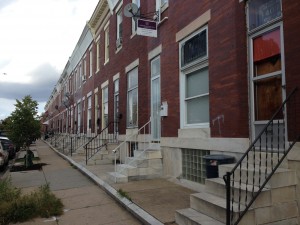