by Cheryl Knott on March 31, 2015 with 0 comments Uncategorized 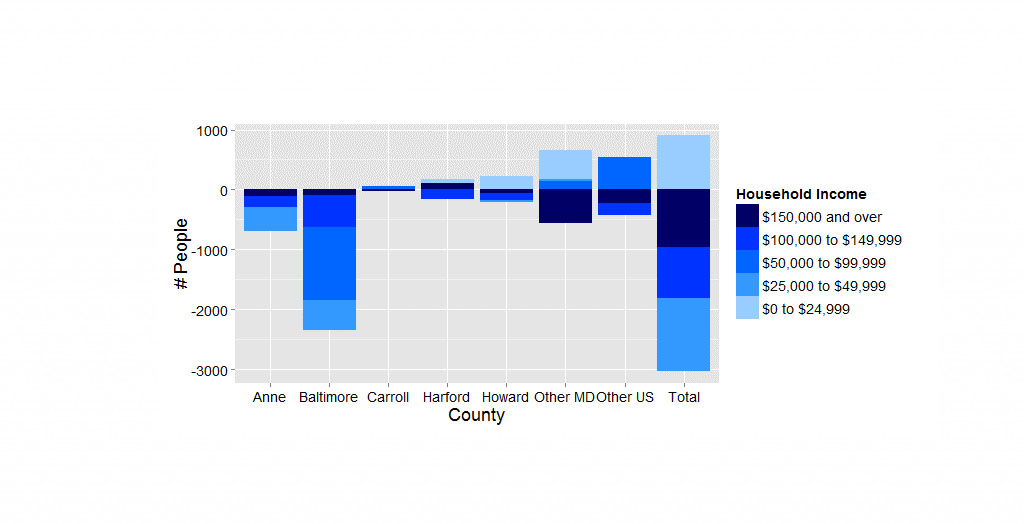 Mayor Stephanie Rawlings-Blake announced Grow Baltimore in December 2011 with the goal of increasing Baltimore City’s population by 10,000 new households by 2020. BNIA-JFI has prepared a 3-part series of briefs for the purpose of helping all stakeholders in Baltimore (public agencies, foundations, businesses, community organizations and residents) understand the trends that are already working to attract new residents to Baltimore and better identify the reasons why people are moving out.